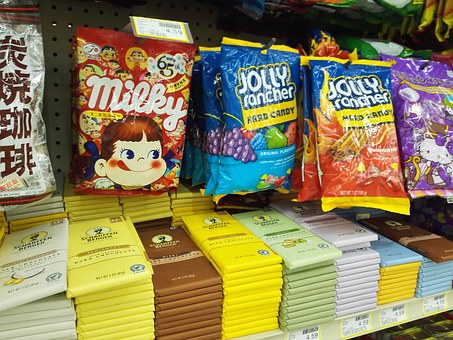 Filled with "chemical additives" that include preservatives, sweeteners, colourants and enhancers.

The worst being Nitrosamines, Monosodium Glutamate and Aspartame.

These days the focus is on convenience foods, so over the last few years we have had a huge increase in every possible processed food that you can imagine.

The problem with that, is that all processed foods have chemical additives, preservatives, colourants and other carcinogens in them.

Food has always had additives to enhance the taste and to prevent the food from decaying too quickly. However these additives were limited to natural substances like spices, sugar, salt , herbs, etc. But that has all changed in the last decade where we have seen an "additive tsunami" with modern food processing, convenience foods and fast foods being the focus.

In fact, when you eat a processed food in the US, you’re most likely consuming at least one of 3,000 Food and Drug Administration approved food additives.

This group of substances are generically called “additives” but include preservatives, food enhancers, sweeteners, colourants, etc, and are controlled in most countries and registered by name and with an allocated numbering system. In Europe this starts with an E – for example E951 is Aspartame and is registered as an Artificial Sweetening agent.

The one thing you must understand is that many additives are completely safe and can be used without any adverse effects, however on the other hand there are some substances authorised for usage that are not safe and should be avoided, specifically for babies, children and asthma sufferers.

The unsafe additives include things like coal tar dyes and other petrol derivatives, as well as many chemicals which often have industrial applications and which are widely regarded as hazardous.

Its interesting to note that certain additives, although proven carcinogens (promote cancer), mutagens (damage DNA), teratogens (causes fetus and birth defects), are allowed in some countries and not in others, creating a certain amount of confusion.

Excitotoxins - In recent years, thanks to extensive research into food additives, it has been established that the main “additive killers” are “excitotoxins”.

Put in layman’s terms, excitotoxins “excite your brain cells to death and destroy your eyes and nervous system !”

Although there are about 70 excitotoxins, there are three main “killer toxins” responsible for virtually all of our health problems and found in much of the food and drinks that we consume in our modern diets.

Nitrosamines (Sodium Nitrite), Monosodium Glutamate (MSG) and Aspartame are the most dangerous excititoxins and are the key “additive killers. 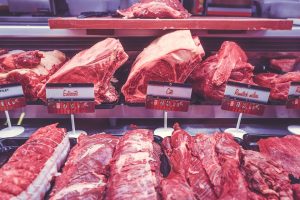 Nitrosamines – Sodium Nitrite is added to meat as a preservative, specifically to prevent the growth of the bacterium that causes botulism and to give it a cosmetic reddish look,. When sodium nitrite is added to meat, it combines with the “amines” already present in the meat to form “nitrosamines”. These are highly carcinogenic chemical compounds which can increase your odds of getting brain tumours, leukemia and certain forms of cancer.

MSG – Is the most widely used “flavour enhancer” in the world. It is used in processed food, fast foods, canned, packaged and frozen foods, soups, sauces and in Chinese food.

MSG has been linked to migraines, asthma, cancer, neurodegenerative diseases, ADHD, Alzheimer’s, Parkinson’s, ALS, heart irregularities and more recently to obesity. Babies and children are most susceptible. Behavioral and physical problems as well as attention deficit disorder (ADD), have been diagnosed and successfully treated as MSG disorders. 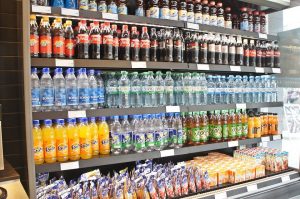 Aspartame - an artificial sweetener and an “excitotoxin” with a significant history and dubious track record. Aspartame is found in more than 4,000 products and has poisoned and damaged millions of people worldwide over the last decade.

The damage also affects pregnant women, unborn babies and newborns. It can produce changes in the brain that are irreversible, depending on when it is stopped. It has been found to re-programme the wiring of the brain, particularly the hypothalamus, so it doesn't function normally. Children absorbing large volumes of Aspartame are abnormal for the rest of their lives in terms of their physiological function.

Your Assessment - How much Nitrosamines, MSG and Aspartame are you and your family consuming daily ? I suggest you check it out and definitely try to limit your consumption of Nitrosamines and MSG but eliminate Aspartame as soon as possible, especially for the children. Remember Aspartame is in most soft drinks and diet drinks.

Take Care and be grateful for everything in your life.