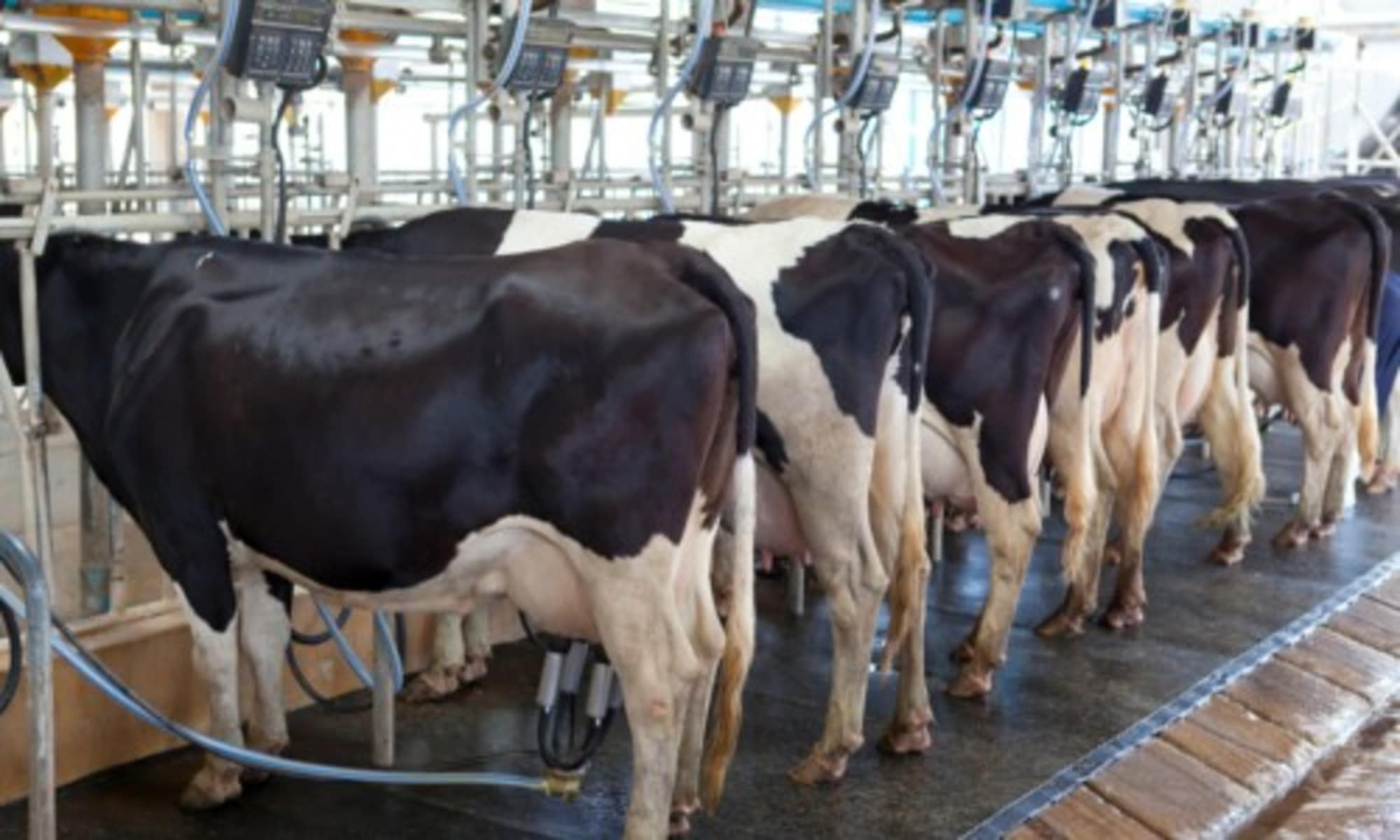 Today most milk is produced by “profit driven” corporate owned factory dairies where cows have become milking machines, contained in small excruciating environments, force fed on grains and regularly subjected to rBGH and other antibiotics.

As you know, all dairy products are produced from cows milk. Many years ago most milk was produced by small farmers who grazed their cattle in free range fields, where the main source of food was natural grass. The cows were well taken care of and milked on a balanced schedule.

Today most milk is produced by “profit driven” corporate owned dair factories where cows have become milking machines, contained in small excruciating environments, force fed on grains and regularly subjected to rBGH and other antibiotics.

Recombinant Bovine Growth Hormone (rBGH) is a genetically engineered copy of a naturally occurring hormone produced by cows, which increases milk production by as much as 10-15%. rBGH makes cows highly susceptible to udder infections (mastitis) which results in an increased level of pus and blood in the milk. This then leads to the mass use of antibiotics which also land up in the milk. Ugh!

In a paper published today in Science, epidemiologist Thomas Van Boeckel of the Swiss Federal Institute of Technology in Zurich and colleagues outline the growing threat of antibiotics.

Almost 80% of all antibiotics in the United States aren’t taken by people. They’re given to cows, pigs, and chickens to make them grow more quickly or as a cheap alternative to keeping them healthy. These drugs could give rise to superbugs—bacteria that can’t be treated with modern medicine—and things are only getting worse. In 2013, more than 131,000 tons of antibiotics were used in food animals worldwide; by 2030, it will be more than 200,000 tons.

Dr Group of the Global healing Centre  explains how rBGH came about.

By the way, in the US the USDA actually sets allowable limits of pus as a federal standard.

To overcome this, milk is “pasteurized”. This is the process of heating the milk to kill the bacteria and destroying viruses. However this also kills all the good stuff like the probiotics and the lactase enzymes which are crucial for digesting milk sugar lactose. The process, contrary to what the dairy industry promotes, makes the calcium insoluble  and therefore un-absorbable. And in any case the high level of phosphorous in milk blocks any absorption of calcium.

It is also interesting to note that this also destroys the Vitamin C and the Omega 3 essential fatty acids.

Then there is “homogenisation”.  This is done to extend the shelf life of milk in the retail stores. (more profits). The process breaks up the fat in the milk into fine particles so that it doesn’t collect at the top and go sour.  But what most people don’t know is that this process allows the enzyme xanthine oxidase to enter the blood stream which slowly erodes the artery walls and results in the body trying to patch the lesions with cholesterol, clogging the arteries, which contributes to the high rate of heart disease.

Humans are the only species that drink milk from another species. Remember the prime goal of milk in any species is to promote growth in babies through the natural growth hormones from the mothers milk. Milk is not intended for children or adults and in fact acts as a cancer catalyst. Do you know of any adult who drinks breast milk ? I didn’t think so.

Human breast milk is the only milk that human babies should be fed, definitely not cows milk and not synthetic baby formula.

Unfortunately the highly effective dairy industry marketing campaigns world wide have brainwashed people into thinking that milk provides healthy ingredients like calcium, this however has been proved to be incorrect. In fact there is a high correlation between osteoporosis and high milk consumption.

If you still have a yearning for processed dairy products, this might change your mind.

Finally, in an interview between Mike Adams, the Health Ranger and Robert Cohen, the author of a number of books, including “Milk, the Deadly Poison” they discuss Robert Cohens,  research findings into “genetically engineered milk”.

Robert Cohen says, “Cows milk, every sip of cows milk has virus in it, and pus and bacteria, powerful growth hormones, proteins that cause allergies, antibiotics, pesticides, fat cholesterol and dioxin – now which one of these things do you want in your body ?”

Once you have made this decision, create an action plan to achieve your decision.

If your goal is to achieve optimum health and wellness, you should try to eliminate all processed dairy products.

What are the alternatives ?

There are alternatives, some just as bad, but some are very healthy and good for you.

Here is a summary.