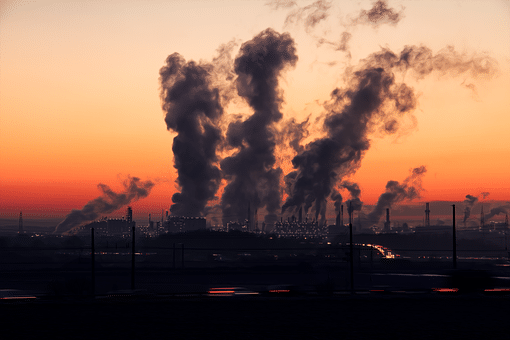 Pollution has become a major concern in all industrialized countries and is a major contributor to numerous health problems, specifically modern lifestyle diseases like heart disease and cancer.

Although you and I can not directly control the industrial pollution that’s pumped into the rivers and atmosphere in the towns we work and live in, which affects the air we breathe and the water we drink and use to wash with, we must be aware of the dangers created by this pollution and take steps to limit our exposure to it. This might be a deciding factor as to where we live and work, and possibly, the kind of job we decide to do.

Air pollution – This has become a major concern in all industrialized countries and is a major contributor to numerous health problems, specifically modern lifestyle diseases like heart disease and cancer. 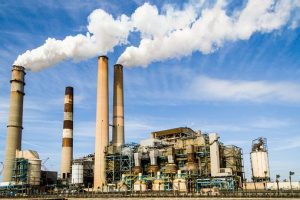 Unfortunately it’s not just “standard” pollutants that are an issue these days.  BPA (Bisphenol-A) is also invading our air and it’s not going away. In 2013, for example, industrial plants in Deer Park, Texas, emitted over 4,100 pounds of the endocrine disruptor. As more and more chemical companies use BPA to make plastic stronger, the toxin is constantly released into the environment. Some think the lungs and skin also absorb BPA, which is a serious issue because the body does not metabolize the compound.

Friends of the Earth’s analysis of the Environment Agency’s Pollution Inventory shows that Britain’s biggest factories are still releasing over 10,000 tonnes of cancer-causing chemicals into the air every year.

The Environmental Audit Committee of UK’s Parliament recently argued that air pollution brings almost the same death toll as smoking. The committee even wants to phase out diesel cars because they’re the biggest part of the problem. Just how much pollution are we talking about? Around 46% of carbon monoxide, 42% nitrogen oxides, and 26% particulate matter all comes courtesy of diesel engines.

In the US over 4 billion pounds of toxic chemicals are released by industry into the nation’s environment each year, including 72 million pounds of recognized carcinogens. That's a huge amount of cancer floating around 🙂

Although industrial pollution is a serious risk to your health you need to also realize that air pollution in your home from household detergents, cleaners and even some carpets can be a worse risk as you are more exposed in a confined area.

Water pollution – water is not only essential for washing and bathing but more importantly it is an essential nutrient that the body needs for optimum health. 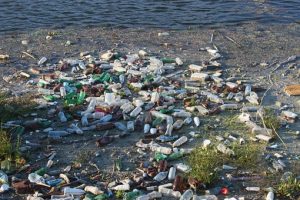 It is important that you drink the purest form of water, void of dangerous chemicals but with the necessary minerals and the right pH. Although distilled water is pure and has a neutral pH of 7, it doesn’t have trace minerals and will usually absorb carbon dioxide from the air and become slightly acidic over time and accumulate additional toxic waste in the body.

Contaminated water. – Drinking water may become contaminated after heavy rains or flooding by poisoned ground water and sewerage spillages if there are any leaks in the water distribution system.

Other than dangerous chemicals and metals like mercury that may have polluted the soil from factories, one of the most common contaminants is E. coli which is a type of fecal coliform bacteria commonly found in the intestines of animals and humans. The presence of E. coli in water is a strong indication of recent sewage or animal waste contamination. Sewerage may contain various types of disease-causing organisms.

Treated water. – You should be aware that in most countries tap water is treated with various chemicals, including fluoride, a very toxic substance and chlorine,  unfortunately most of these are carcinogenic or detrimental to your immune system, but are falsely promoted as being safe.

You should avoid drinking or washing / bathing / showering in water that contains carcinogens.

The most common carcinogens that you should try to avoid, used for treating tap water, are chlorine and chloramines.

THE WASHINGTON POST
“The EPA has raised skin absorption of chlorine to its top 10 carcinogen watch list.”

Then Flouride treatment is also very common, falsely promoted as being good for your teeth, on top of being carcinogenic it promotes the deposit of aluminium in the brain which may result in Alzheimer’s.

The following definition from an internet article on Flouride puts it into perspective.

“Sodium fluoride, a hazardous-waste by-product from the manufacture of aluminum, is a common ingredient in rat and cockroach poisons, anesthetics, hypnotics, psychiatric drugs, military nerve gas, and U.S. drinking water”.

Your Assessment – Find out what’s in your water ? If you feel you are exposed you may want to investigate water filters and preferably water ionisers, covered in the Water Choice section.