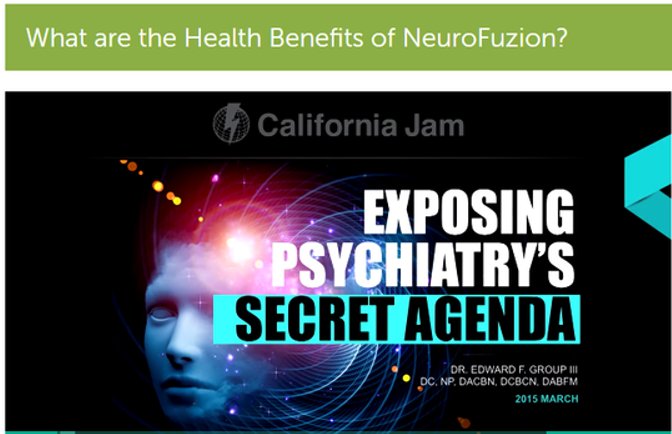 THIS VIDEO IS A “MUST SEE” VIDEO FOR EVERY PARENT

Founder and CEO of the Global Healing Center founded in 1998 – Dr. Edward Group is a Doctor of Chiropractic (DC), a Naturopathic Physician (ND), a Diplomat of the American Clinical Board of Nutrition (DACBN), and a Diplomat in American Board of Functional Medicine (DABFM).

He has studied natural healing methods for over 20 years and now teaches individuals and health practitioners all around the world the secret to health.

In this video Dr Edward Group reveals the shocking information about how the $88bn per year “psychiatric drug” business is conducted by “PsychoPharma”  the suppliers of drugs like Ritalin, Paxil, Xanax Zoloft and Prozac and the and unscrupulous Psychiatrists who prescribe these drugs without ant scientific evidence.  To give you an idea of the “outrageous profits” on these drugs – 100 Xanax pills cost US0.25  and sold for $136.79 – 500,000% profit. But whats more outrageous is that an estimated 3,000 people die every month from “psychiatric drugs”. 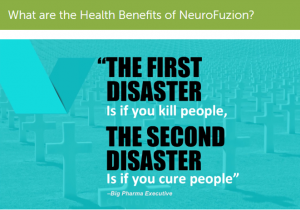 Dr Group explains how this has happened and what the solution is, however I was outraged and angered by the information he provided that was in the opening introduction by a senior pharmaceutical company executive in a presentation. He stated “The First Disaster is if you Kill people” (with drugs) and the “Second Disaster is if you Cure people” (with drugs). This deliberate well defined strategy to keep people sick through the side-effects of drugs is bordering on criminal.

You will find a lot more very interesting, controversial and outrageous information in Dr Group’s video which is critical for every parent to fully understand and take action if needed.

It is very interesting to read a few of the quotes from the CCHR website that supports what Dr Group is saying.

“There are no objective tests in psychiatry-no X-ray, laboratory, or exam finding that says definitively that someone does or does not have a mental disorder.” “It’s bull—. I mean, you just can’t define it.” — Allen Frances, Psychiatrist and former DSM-IV Task Force Chairman

“Virtually anyone at any given time can meet the criteria for bipolar disorder or ADHD.  Anyone.  And the problem is everyone diagnosed with even one of these ‘illnesses’ triggers the pill dispenser.” — Dr. Stefan Kruszewski, Psychiatrist

Yet 120 million people worldwide have been diagnosed with mental disorders and placed on psychiatric drugs as ‘treatment.’ And while people are led to believe a diagnosis of mental illness or having a mental disorder is based on medical evidence or tests that these disorders are legitimate medical conditions, the fact is they are simply based on checklists of behaviors. People are also convinced that the only solution for treating problems of emotion, mood or behavior for themselves or their child, is drug treatment.

behaviors, not any medical tests…

The 64-page report details more than 60 examples of school and mass shootings, stabbings and senseless violent acts committed by those under the influence of psychotropic drugs or experiencing serious withdrawal from them.

I hope you that this information has helped you get a better idea of what is happening regarding the highly profitable. so-called “MENTAL HEALTH” disease business.

Best wishes with love and caring,

Enter your name and email to get the monthly Cancer Buddy Lifestyle newsletter... it's FREE!

Packed with interesting cancer survival, lifestyle, health and wellness information as well as bargains from the Organic Lifestyle Portal and the Global Shopping Mall.
Your information is totally secure and will *never* be shared or sold.